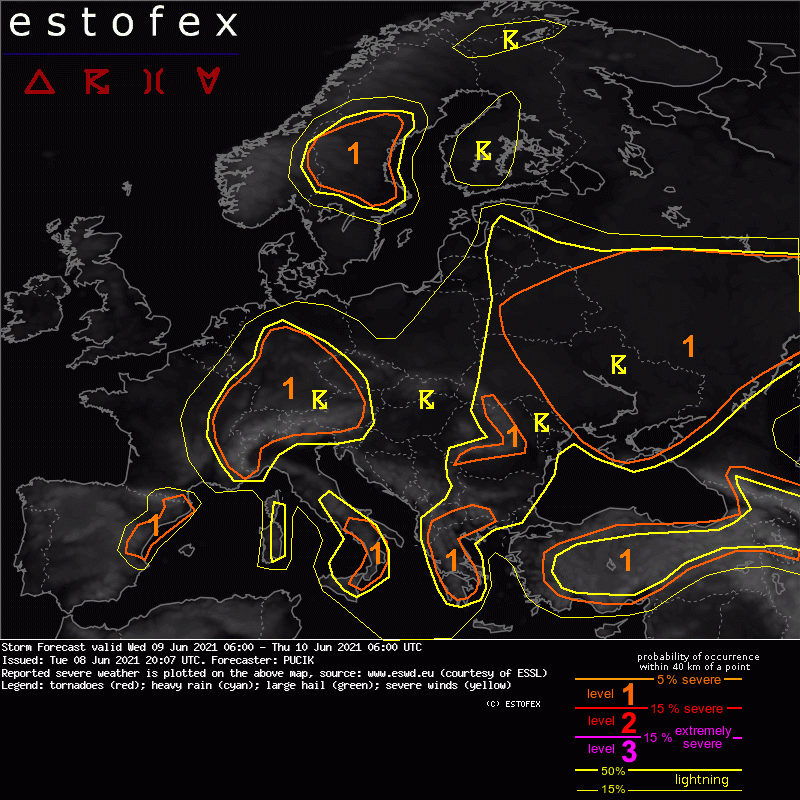 A level 1 was issued across northeastern Spain mainly for large hail and damaging wind gusts.

A level 1 was issued across Turkey mainly for large hail and severe wind gusts.

Synoptically rather quiescent situation is forecast across Europe with a ridge over Iberia and northern Sea and a pool of low geopotentials across majority of central and eastern Europe. Stronger flow at mid to upper troposphere is confined only to the parts of the Mediterranean.

Stronger shear and steeper mid-tropospheric lapse rates are forecast over eastern Spain and Turkey, where 0-6 km bulk shear around 15 m/s will allow for better convective organisation, including a potential for some transient supercells. Given steeper mid-tropospheric lapse rates and higher LCLs, large hail and severe wind gusts will be the dominant threats over these two areas. Convective initiation is uncertain over eastern Spain, where high CIN values are forecast especially over the lowlands.