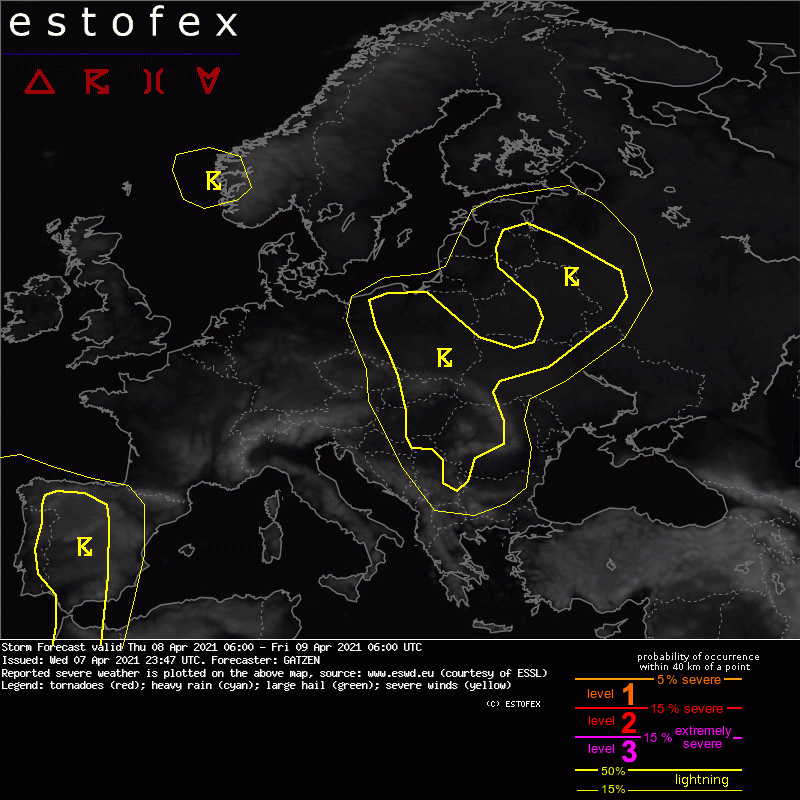 A strongly-forced situation is in progress on Thursday, with a mid-level front entering the area from the west. Low-level instability is expected to develop in a strongly sheared environment. Limiting factor is limited instability and dry low-level air masses that limit the potential of widespread initiation. Due to the strong pressure gradient, severe winds are forecast even without well-developed storms. If it turns out that a convective line can develop, widespread severe winds can be expected in this high-shear, low-CAPE environment.

Thunderstorms are forecast to develop in a moist air mass on Thursday. Weak vertical wind shear will be present and severe weather is not expected. Later in the period, additional storms enter the area from the south ahead of the approaching trough. Low-level cooling will result in elevated convection that is not forecast to produce severe weather despite developing in a strongly-sheared environment.