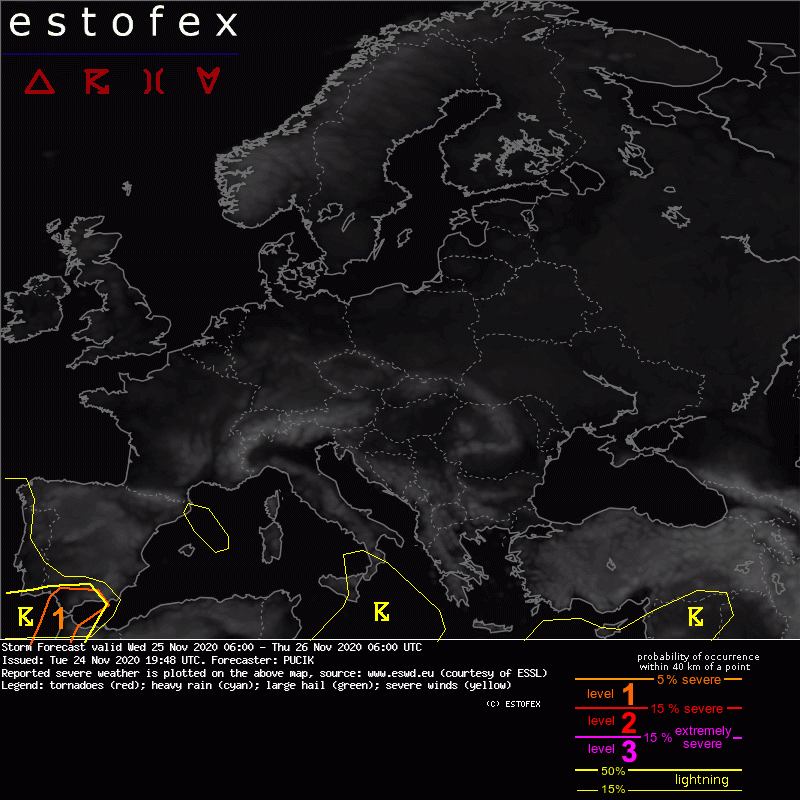 A level 1 was issued for parts of southern Spain mainly for excessive rainfall.

An active weather pattern is forecast over northern Europe and over parts of southern Europe with stable conditions in between as high pressure covers much of the UK, Central and southeastern Europe. More abundant lower tropospheric moisture is confined to the Mediterranean Sea and the Atlantic with very dry airmass over Central Europe and Balkans.

Deep, moist convection will evolve over parts of southern Europe in conjunction to deep mid / upper tropospheric low situated west of Iberia and a more shallow low over the eastern Mediterranean.

Heavy rainfall threat will be present with convective storms over parts of Spain, slowly shifting eastwards during the day. Storms will form in a tongue of moister air along eastward moving convergence zone. Forecast profiles reveal LCLs below 500 m along with high RH throghout the whole troposphere and CAPE confined mostly to the warm part of the cloud. Combination of these conditions will likely promote high rainfall efficiency in storms. Storms will likely redevelop near the coastline as the moist onshore flow is lifted over the local terrain.