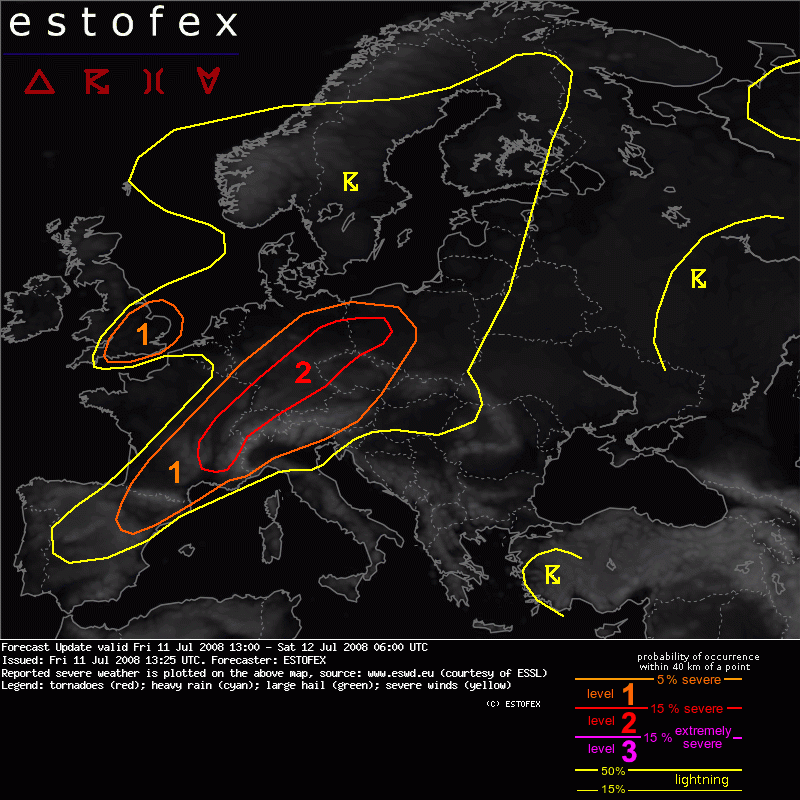 Widepread development of convective storms is underway across central Germany and eastern France. Given that vertical wind shear is strong, these storms will probably organize rapidly into supercells, as some have obviously done by now. Thereby they will probably produce damaging winds, and large hail Across France, Switzerland, S Germany isolated very large hail is possible as well. The threat of tornadoes appears to be relatively low initially.

Later in the day, increasing low-level vertical wind shear is expected over central and eastern Germany and W Poland. Storms occurring there will likely include supercells capable of producing large hail and severe wind gusts, and at that time, tornadoes appear possible as well, most likely where the surface wind is backed to SE. Some tornadoes may be strong (F2 ).

During the late evening, clustering convection is forecast to move eastward across Southern Germany, Poland and the Czech Republic while producing severe winds. Overnight, the threat of severe weather will diminish.